Suryakumar Yadhav likely to miss T20 series vs SA after being ruled out of IPL 2022 : Reports 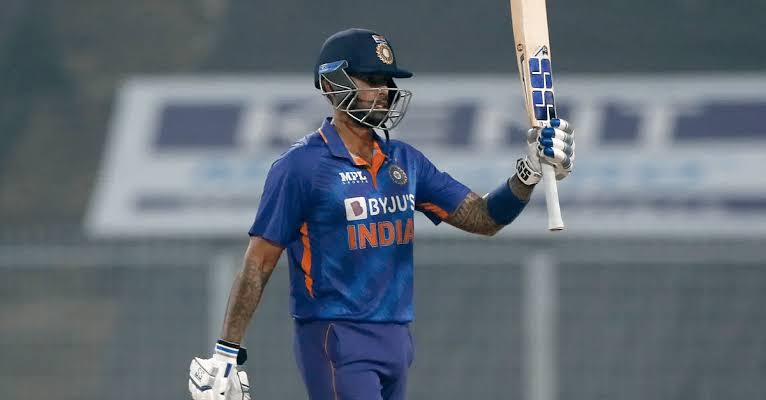 Mumbai Indians player Suryakumar Yadhav already has been ruled out for the reminder of the IPL due to left forearm muscle injury. He was hit on the left arm while taking a single against GT on May 6.

According BCCI source, he is likely to miss few games of five match T20 series against SA in home soil from June 9 to 19 after the end of IPL on May 29 as he was out of action for 4 weeks, a cricbuzz report said. The 31 year old will be out of action for 28 days. He is one of the main contender for the upcoming T20 World Cup squad.

Report also said that Suryakumar has not proceeded to the National Cricket Academy (NCA) in Bengaluru after the detection of his injury and will undergo scans on Wednesday in Mumbai.

It’s a massive blow for Team India as the 31 year old is the most consistent batter for men in blue. He got Man Of Series award against West Indies in February. He already suffered a hairline fracture on his arm earlier and missed T20 series against Sri Lanka as well as first two IPL games for MI.

“Suryakumar Yadav has sustained a muscle strain on the left forearm, and has been ruled out for the season. He has been advised rest, in consultation with the BCCI medical team,” Mumbai Indians released a statement.

The middle order batter scored 309 runs from 8 matches in the ongoing IPL. But his team MI got eliminated from the playoffs as the franchise lost record consecutive 8 matches and placed at bottom of the IPL points table.

I will be back in no time : Suryakumar Yadhav

On Monday Suryakumar Yadhav thanked fans for their good wishes and blessings. He wrote on Twitter  “With all your wishes and support, I will be back in no time,” “To my Mumbai Indians family, I will be cheering for you from the other side, this time. Let’s finish the tournament on a high note and display our true character on the field,”