Will Arjun Tendulkar make his IPL debut today ? Fans urged to give him a chance 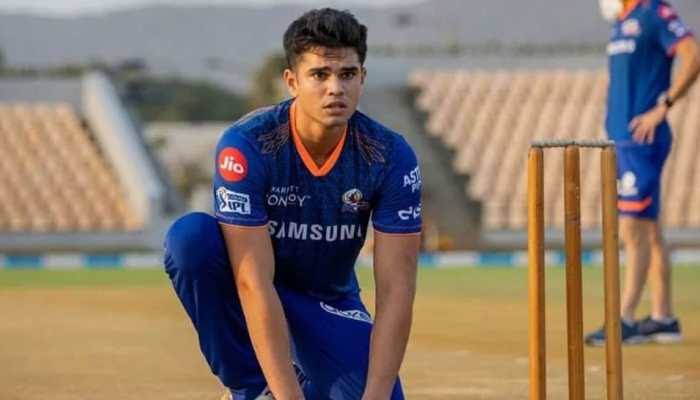 Five times IPL champion Mumbai Indians will take on Delhi Capitals in their last match at Wankhede Stadium today evening. Rohit Sharma led MI want to forget this year as they are placed at the bottom of the IPL points table. MI already gave chance to the youngsters in the previous matches. But the question arises from all the corners will Arjun Tendulkar make his IPL debut this year ?

Meanwhile, Sachin Tendulkar’s son has been part Mumbai Indians from since 2021.He was again brought by MI for rs 20 lakh in the IPL mega auction which was held at Bengaluru in February. The franchise have used 22 players from 13 games.

“MI have a chance of creating a record, where everyone from the squad has got a game. Mumbai have tried all the other players. I have a feeling Arjun Tendulkar will play. That way, at least we will get glimpses of how much he has developed. I hope the three youngsters who haven’t got a game play in this match (Aryan Juyal and Rahul Buddhi are the other two). They can rest some of the players and give these youngsters a chance. MI, anyways, need to start on a blank slate for next season.” Said former Indian player Ajay Jadeja on Cricbuzz as quoted by India.com

Rohit Sharma also hinted that MI want to give everyone a chance to play ahead of 2023 IPL. Franchise also posted a video where it was seen Arjun Tendulkar was sweating it out at the net. Fans urged to the franchise to give him chance against Delhi Capitals.

See also  Sehwag says Franchise's biggest loss: I would not be letting him go If I were a part of RCB.