Sachin reacts to Arjun’s non-selection and shares his advice 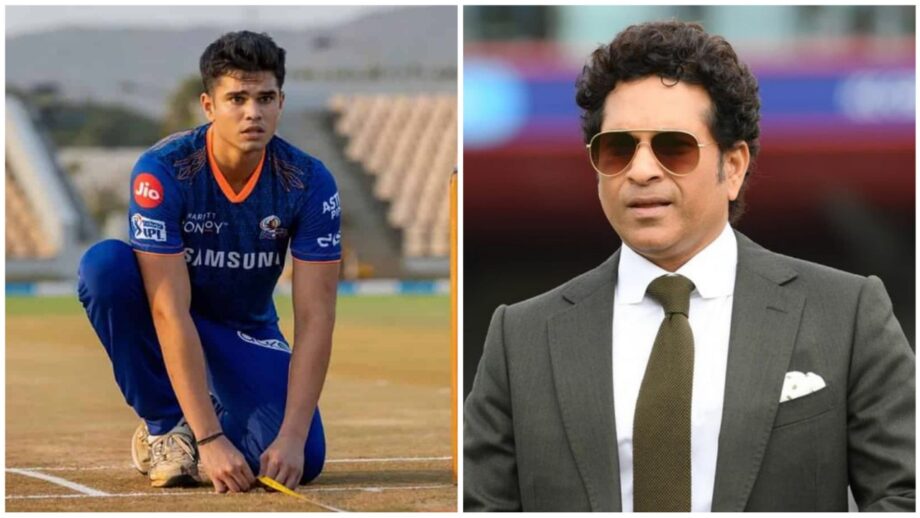 Batting great Sachin Tendulkar has responded to the omission of his son Arjun Tendulkar from Mumbai Indians playing XI.

Mumbai Indians have purchased allrounder Arjun Tendulkar for 30 lakhs during this year’s mega auction. However, the allrounder didn’t get to make his debut for the franchise.

Arjun Tendulkar not getting a match did not go well with fans on social media. “You don’t deserve him. Release Arjun. Let him play for another franchise” such tweets did rounds during the last league match of Mumbai Indians.

Sachin Tendulkar on Arjun Tendulkar not playing. Twitter user Akul Thakur asked, ” Would you have liked to watch Arjun play this year? What was your take in him not getting playing through the entire season?”

Responding to a question during #SachInsights, a youtube show on Sachin’s official channel, Sachin stated that he will not be involved in the selection process.

“What I feel is not going to be important, the season is already completed,” said Sachin.

“My conversation with Arjun is always been, the path is going to be challenging. You have started playing cricket because you love the game. Continue to work hard and results will follow.” added the master.

Talking about the selection of the team, Sachin said that he is never involved in the selection and it is a decision that is left to the management.

“I have never involved myself in the selection. I leave it to the management and that is how I always function” concluded Sachin.

Five-time champions are the first team to get eliminated this year.

“Wow man, he even never hesitates to speak about his own son coz he treats him like a player !! So upscaled vision. That’s why he’s known as the God.” commented a user Pratham.

“Loved his comment on Arjun not playing,” said another user Atharv.