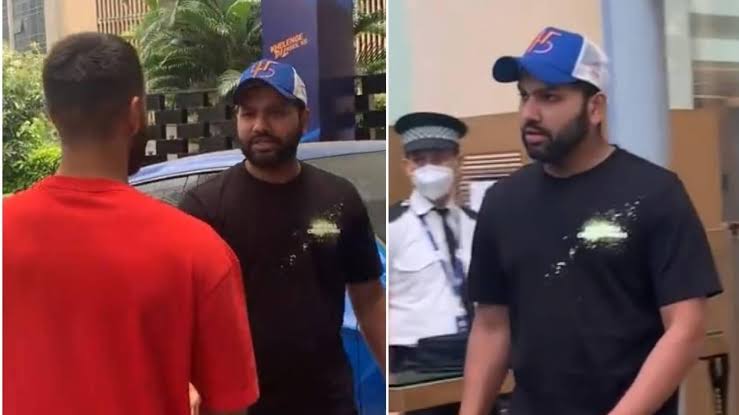 When MI players were stepping out from Biobubble after end of their campaign, Rohit Sharma was spotted to bid adieu the teammates. In a video shared by the franchise it was seen that Rohit told Ramandeep ‘Take care, buddy. Call me if you need anything.’

However, Team India captain Rohit Sharma takes break for the upcoming T20 series against South Africa and he went to Maldives to refresh his mind with family. He didn’t score a single half century for the first time in his career in IPL 2022. Rohit will join Indian Team ahead of England Test which will be played from 1 St July to 5 th July in Edgbaston.

I am very disappointed with my season : Rohit Sharma

“A lot of things that I wanted to do didn’t happen. I am very disappointed with my season. But this has happened with me earlier as well, so it’s not something I am going through for the first time,” Rohit said after MI’s last match of the season.

“I know cricket doesn’t end here; there is a lot of cricket ahead. So I need to take care of the mental aspect and think about how I can return to form and perform. It’s only a minor adjustment and I will try to work on that whenever there is some time off,” he added.