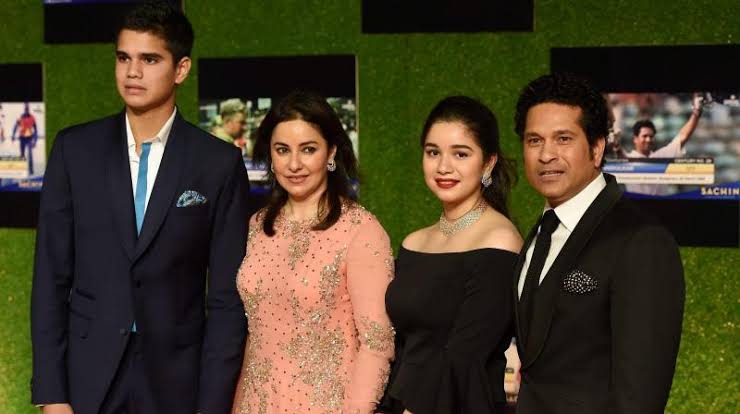 Arjun Tendulkar would make his IPL debut this year or not, this became the talk of the town when Mumbai Indians were playing in the ongoing IPL. Meanwhile, five times IPL champion MI already ended their IPL 2022 journey. Legendary former cricketer Sachin Tendulkar’s son didn’t make his debut for MI this year. Meanwhile, Sachin’s advice and Sara’s emotional back up will boost him morally in the upcoming tournaments.

In his latest YouTube video, Master Blaster replied a fan’s question ” Would you have liked to watch Arjun play this year? What was your take in him not playing through the entire season?”

“What I feel is not going to be important, the season is already completed,” said Sachin.
“My conversation with Arjun is always been, the path is going to be challenging. You have started playing cricket because you love the game. Continue to work hard and results will follow.” added the Little Master.
Talking about MI team selection Tendulkar said “I have never involved myself in the selection. I leave it to the management and that is how I always function”

During Mumbai Indians’ last league match against Delhi Capitals Arjun Tendulkar was seen in the boundary lines helping the players change the bats or for serving water. Arjun Tendulkar’s sister Sara Tendulkar was present in the stadium and captured that video. She posted this in her Instagram story song ‘Apna Time Aayega’ from Bollywood movie Gully Boy.

When anyone gets advice and backed up from his family it would help him to mentally be strong and give him moral boost not only for upcoming tournaments but also for his future. Arjun Tendulkar got advice from his father and backed up by his sister after he didn’t get a chance even for a single match in IPL 2022.