Sachin Tendulkar stopped me from quitting ODI cricket in 2008 – Sehwag 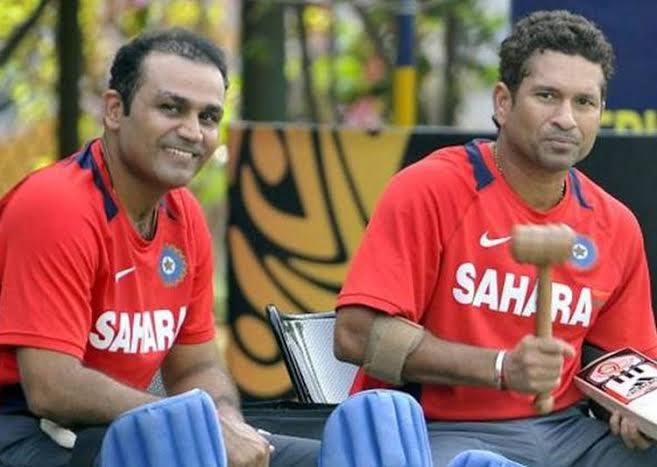 Former Indian explosive batter Virender Sehwag said goodbye to international cricket seven years ago. He was the first Indian to score tripple century in test cricket. But there was a time when he thought to quit cricket in 2008 during Australia tour when MS Dhoni dropped him from playing XI.

“In 2008 when we were in Australia, this question (of retirement) came to my mind. I made a comeback in the Test series, scored a 150. In the ODIs, I couldn’t score that much in three-four attempts. So MS Dhoni dropped me from the playing XI then the thought of quitting ODI cricket came to my mind. I thought I will continue playing only Test cricket,” Sehwag said on Cricbuzz show ‘Match Party.’

Meanwhile, he played five matches out of ten in the commonwealth Bank tri-series featuring hosts Australia and Sri Lanka. Nabab of Nazafgarh scored 6,3,11 and 14 in first four matches after that he was dropped from playing XI for two matches. Virender Sehwag was brought back again into XI in the next league match against Australia but he failed (15) again to score big. As a result he was axed from playing XI.

However, India won the tri-series by beating Australia 2-0 in the best of three finals. Master Blaster Sachin Tendulkar scored 117 and 91 in the two finals respectively.