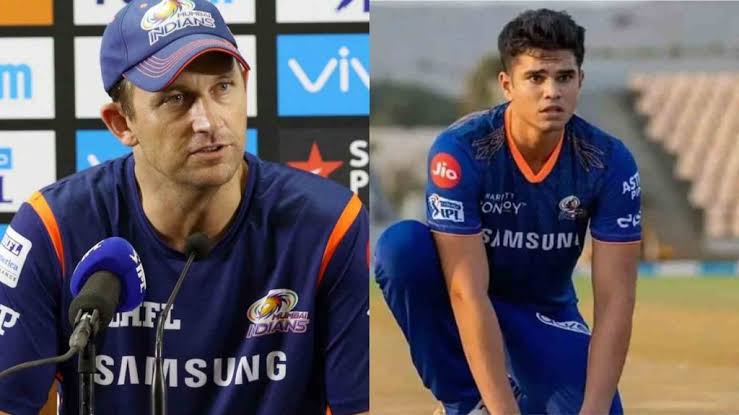 Arjun Tendulkar couldn’t make his IPL debut this year despite of Mumbai Indians poor show throughout the tournament. He has been part of the franchise from 2021. Fans expected Sachin Tendulkar’s son would make his debut in IPL 2022. Finally, MI bowling coach Shane Bond breaks his silence on Arjun’s non-selection in the playing XI.

“He’s got some work to go. When you’re playing for a team like Mumbai, making the squad is one thing but entering the playing XI is another. He still has a lot of hard work and development to do. When you play at this level, there’s a fine line between giving everyone a game… but you have to earn your spot too. Arjun needs to work on his batting and fielding before finding a place on the team. Hopefully, he can make those progressions and earn a spot in the team,” Bond told Sportskeeda.

In his latest YouTube video, Master Blaster replied a fan’s question ” Would you have liked to watch Arjun play this year? What was your take in him not playing through the entire season?”

“What I feel is not going to be important, the season is already completed,” said Sachin.
“My conversation with Arjun is always been, the path is going to be challenging. You have started playing cricket because you love the game. Continue to work hard and results will follow.” added the Little Master.
Talking about MI team selection Tendulkar said “I have never involved myself in the selection. I leave it to the management and that is how I always function”

Watch: Liam Livingstone hit monster six lands in construction site ; workers helped to retrieve the ball
“That’s why he has been picked” : Dravid on Dinesh Karthik’s role for SA series