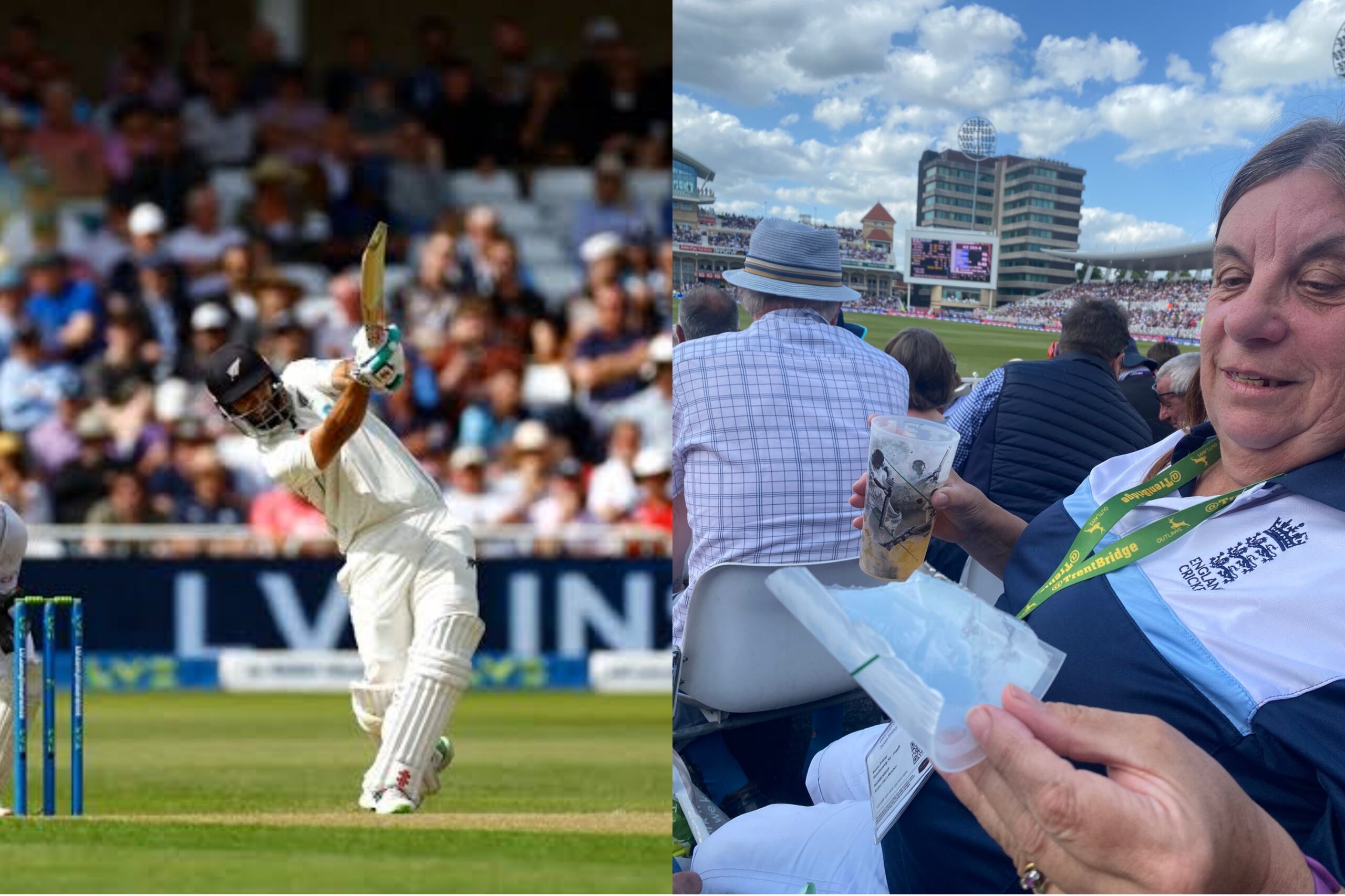 New Zealand all-rounder Daryl Mitchell is in brilliant form in Test Series against England. After scoring a century in first test at Lords he has again showed incredible performance in the second test and remained unbeaten on 81 at the end of the 1st day. But a funny moment has happened when the ball landed on fan’s beer glass.

During the 1st day of the second test between England and Newzealand fans witnessed amusing moment when Daryl Mitchell’s six fell into a female’s pint of beer and ruined it. “It’s plopped in a beer,” exclaimed one commentator. This incident happened during 56th over when Mitchell smashed English left arm bowler Jack Leach for a straight six. New Zealand team gave that fan a fresh glass of beer.

England seamer Matthew Potts signalled from the boundary line what had happened. “Come on Jack, keep him quiet. This is costing people a fortune in beer in the stands,” said former England spin bowler Phil Tufnell on the BBC commentary.

However, New Zealand already lost their first test in the three match test series. They eagerly wanted to win this test to level the series before third test. Meanwhile, Captain Kane Williamson has been ruled out as he was affected by corona.

Can’t ask them to drop Rohit or Rahul and make me opener : Ishan Kishan
That’s why he was picked at big price in IPL auction: Gautam Gambhir hailed Indian star