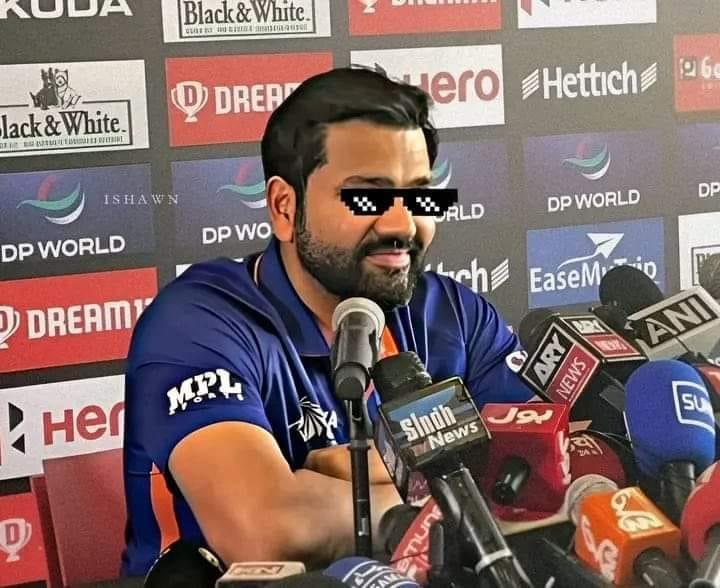 Rohit Sharma interacted with the media ahead of the Asia Cup match against Pakistan. During the interaction, Rohit’s reply to the Pakistani journalist is winning the internet.

India will commence the Asia Cup tournament with their opening match against Pakistan on Sunday, 28 August. Asia Cup is moved to UAE by host Sri Lanka due to political situations in the Island nation.

Yesterday evening during media interaction a Pakistani journalist tried to make Rohit recollect the defeat against Pakistan last year. The Journalist asked Rohit ” Rohit, you know last time what happened when India faced Pakistan, is it inhibiting your team confidence? “

To which Rohit has replied in his own swagging way.

Answering the journalist Indian skipper said, “See, I have a weak memory, I can’t remember the things that happened one year ago.”

India and Pakistan last played in WT20, which was hosted by India in the UAE. Indian team suffered defeat. Pakistan managed to win the match by 10 wickets.

India and Pakistan are in group A in Asia cup and may lock horns three times in this tournament.

Other than Rohit Sharma Thug life reply to a Pakistani journalist, the Indian skipper did offer a hug which was requested by a Pakistani fan.