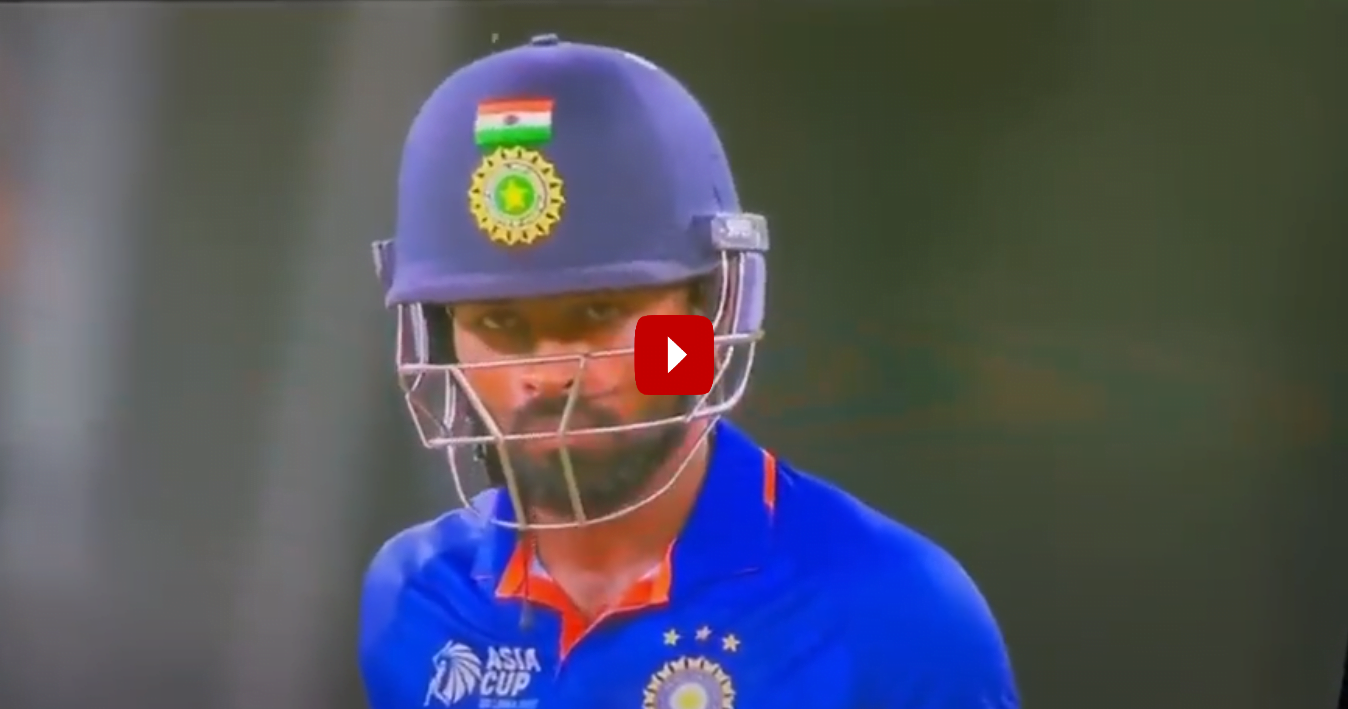 Hardik’s confidence is winning the internet. Harik’s reaction during the opening encounter of the Asia Cup is widely circulated in social media.

In their first match, India locked horns against Pakistan. Chasing a modest target of 148, the Indian team went off to a horrific start losing KL Rahul for a duck of his first ball.

After a slow start Skipper, Rohit managed to hit a six in the bowling of Left Arm spinner Nawaz. Nawaz had the last laugh as the Indian skipper departed in the same over. Virat’s run a ball 35 has come to an end with Nawaz picking former skipper in a similar fashion.

Reduced to 53/3 Surya Joined Jadeja the duo managed to add 36 runs off 31 balls with 59 runs to get in 34 balls. Hardik joined Jadeja in the middle. Hardik’s busty bowls brought the equation down to 7 of 6 deliveries.

Nawaz stuck Jadeja off the first ball, 7 were required from 5 balls. New batter Dinesh Karthik manages to pick a single off his first delivery. 6 needed from 4. All-rounder Hardik had a perfect day with ball and bat picking 3 wickets and batting on 27 off 15. with 6 from 4, Hardik hit straight to the fielder making equation 6 from 3.

A nod of the head by Hardik post the dot ball is winning the internet.

After the nod, Hardik smashed a six and sealed the match for India. The all-rounder did bag man of the match for his all-round contribution. India will take on Hongkong on the first of September.

Hardik Pandya 2.0 : The Rise of Pandya
Rohit Sharma opens up on mental health