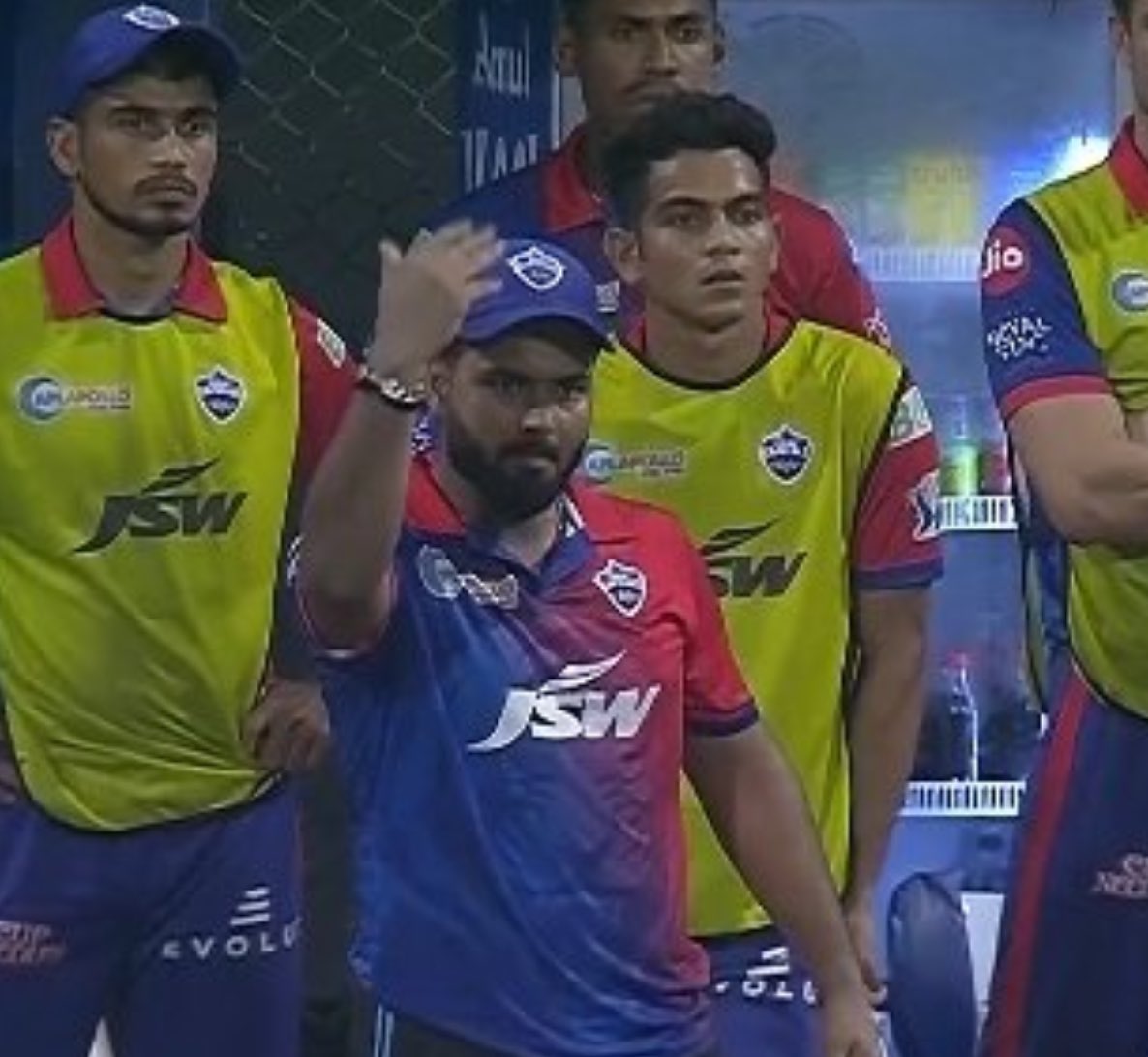 Delhi Capitals and Rajasthan Royals faced each other at the Wankhede Stadium in the 34th match of the IPL on Friday (April 22).  Delhi Capitals skipper Rishabh Pant got furious in the final over with the umpire’s decision with a no-ball controversy. He also sent Coach Pravin Amre to protest against this decision.

Though the Rajasthan Royals won the game by 15 runs, in the end, the game concluded with the controversy in the final over with the on-field umpires. DC struggled throughout the match chasing 223 to win. Lalit Yadav and Rovman Powell batted well and bought down to 36 from the 2 overs.

Prasidh Krishna bowled a fantastic 19th over getting Lalit’s wicket. A major advantage for RR is the 19th over went finishing with a wicket maiden. This gave pressure on Powell as he had to hit 36 from the last over. It was very close to impossible.

Obed McCoy came to bowl the last over. Powell hit two back-to-back sixes and rose in confidence. In the third delivery, it was a full toss and Powell smashed it for another long six. That made it 3 consecutive sixes in 3 balls. After then the controversy was raised when McCoy bowls a waist-high full toss and DC needs it to be checked as it is a no-ball. While on-field umpires made the decision without asking the third umpire to check if it was a no-ball. By then Delhi Capitals went really furious.

Shane Watson and Pravin Amre also had a word with the fourth umpire and then asked for the decision to be changed. When the decision stayed, Pant signaled his batters to come back from the ground. Also, Pant sent DC coaching staff Pravin Amre on the field to argue with the umpire’s decision. The replays confirmed that it was a waist-high no-ball but the on-field decision stayed.

See also  Plessis says, “Was lucky enough to have played under Dhoni.”

Things settled down quickly, after that the momentum had gone from Powell and DC. The match resumed but the batter could not perform with the remaining 3 balls. DC fell short by 15 runs and DC lost against RR.

In the post-match presser, Rishabh said “Yes, disappointed but can’t do much about it. Everyone was frustrated (in the dugout) that it was not even close, everyone on the ground saw that, I think the third umpire should have interfered and said it was a no-ball. Obviously, it wasn’t right (sending Amre onto the field) but what happened with us is also not right, it happened in the heat of the moment”.

When asked if it was okay to send a support staff member onto the field, Pant said “Obviously it wasn’t right, but what happened with us was also not right. It was just the heat of the moment, can’t do much about it. I think it was the fault of both the sides, not even only for us because throughout the tournament we have seen some good umpiring. I thought we could have done pretty well from there I guess. It hurts more when you go so close, especially to a match when the other team has scored 220 runs.”