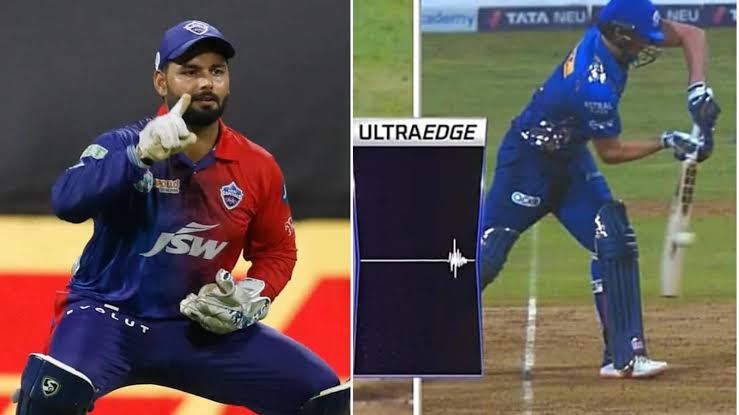 Delhi Capitals lost to Mumbai Indians in a must win game at Wankhede Stadium on Saturday night. Rishabh Pant led Delhi Capitals missed lot of opportunities, as a result they got eliminated from the race of playoffs. But five times IPL champion skipper Rohit Sharma came out to support Rishabh Pant after the match and also praised his captaincy.

DC skipper made a blunder when explosive batter Tim David just faced the first ball of his innings. While chasing 160, when Mumbai Indians were 95 for 3 in 14.3 overs MI batter Tim David edged the ball but onfield umpire didn’t respond on Delhi’s appeal. Surprisingly Rishabh Pant didn’t go for DRS despite being persuaded by his teammates. Replay and ultra edge showed Tim David nicked the ball. Pant also dropped a catch of Dewald Brevis in the 12th over before this incident.

Tim David played a majestic knock of 34 from 11 deliveries including two fours and four sixes. His blistering knock thrashed DC’s hope to qualify for playoffs.

“He is a quality captain, there’s no doubt about it. In the past seasons, we have seen how he has led his team. Sometimes things don’t go your way. It is as simple as that,” Rohit said.

“I have been through this kind of situation before and I was just telling him about the same thing. These kinds of things happen on the ground, sometimes it just doesn’t go your way. So, there is nothing wrong with it.”

Indian skipper said that he spoke with Rishabh Pant after the match. He praised Pant’s stalwart character and said Rishabh will come back strongly.

“You can take a lot of learnings from all of this and try and keep things simple. He’s got a great mind, he reads the game well from behind. It’s a high-pressure tournament and those little fumbles can happen. But it is important not to lose confidence and not to start doubting yourself. That is something I spoke to him about. He’s a confident guy, he’ll come back strong next season,” Rohit Sharma added.

Do CSK want a captain who has scored 200 with strike rate of 128 ? : Matthew Hayden on MS Dhoni’s decision to play IPL
Amir Khan expresses his desire to play for CSK under MS Dhoni’s captaincy | Watch