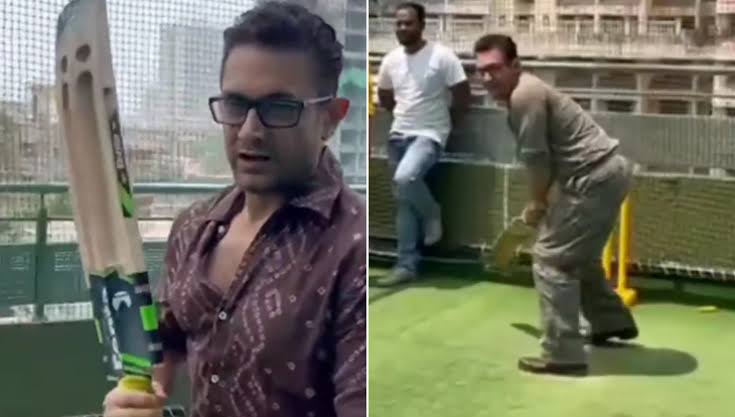 Bollywood veteran actor Aamir Khan shared a heartwarming video message for CSK fans on Sunday. It was seen in the video that Mr. Perfectionist of Bollywood expressed his desire to play under world cup winning captain Mahendra Singh Dhoni.

CSK’s official fan page posted that video on social media in which Aamir Khan spoke about his love to CSK and he said it is an honour for him to play in yellow.

It will be an honour to play in yellow : Aamir Khan

“All my love to the Whistle Podu army and all CSK fans. Thank you so much. You guys felt that I could be in your team and that was a big honour. I was very moved and touched. Thank you for your love,” he said in the video.

“It will be an honour to play in yellow. It will be an honour for me to play under Mahi. I am a huge fan of his and the first time I saw him, I felt, here’s a guy who is calm on the exterior, but there’s a storm brewing inside, which you can’t see. The good news is that he said he’s going to play next season. You all can see me in the nets and if I’m good enough, then I’m expecting you all to really start whistling,” the veteran Bollywood actor added.

According to Pinkvilla, a source close to the development mentioned, “Cashing in on the IPL fervour, the makers of the Aamir Khan starrer has consciously decided to launch the trailer of their film, much to the surprise of the fans of cinema and cricket.”

However, four teams LSG, RR, GT and RCB have confirmed their place in the playoffs of IPL 2022.