IPL 2022: “How’s the Josh” – David Warner celebrating with his team after their basting victory against RR | Watch

David Warner scored an unbeaten 52 runs, with his 5th half-century for DC in IPL 2022, and celebrated with his team in the dressing room. 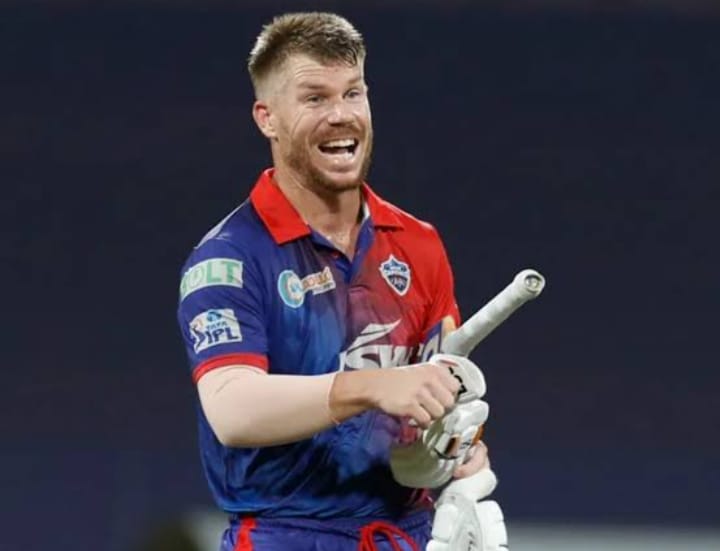 Delhi Capitals amazed with a blasting victory over Rajasthan Royals at the DY Patil Stadium on Wednesday, May 11.  DC all-rounder Mitchell Marsh won player of the match with a blistering knock of 89 runs and took away two important wickets with 2/25 in 3 overs. Another destructive player David Warner accompanied Marsh with unbeaten 52 runs, with his 5th half-century for Delhi Capitals in IPL 2022 making DC closer playoff chances.

Both the Australian players contributed a total of 144 runs with a match-winning partnership.  David Warner repaid DC with amazing knocks and scores justifying his pick this year 2022 after being sagged by SRH in 2021. The Australian also hit an unbeaten 92 against his former franchise Sunrisers Hyderabad in the 50th match of IPL on May 5 helping DC towards winning.

Meanwhile, Warner was spotted celebrating their win against RR in the dressing room along with his teammates and staff. In the video shared by the Delhi Capitals Twitter handle, the left-handed batter shouted “How’s the josh” in the DC dressing room while the others responded with “High sir.”

David Warner – after the winning match:

Speaking to Star Sports after the match, David Warner said “It’s important (to win big) as the net run rate is a big factor with many teams in the race for those spots. Everyone is in good spirits and this is a great win for us”.

David Warner acclaimed the bowlers for restricting RR batsmen to score high. Also, he mentioned Mitchell’s amazing knocks and was happy with their winnings and pushing towards the Playoffs race.

“Feels good to get across the line. How good was Mitch there! Came out there and started positive. We just told him that if he can get an 80 or 90, he can win games for us. Bowlers did a great job too. It was a bit two-paced, that hard length wasn’t easy to hit,” he said.

David Warner is the third-highest run-scorer in the tournament with 427 runs from 10 matches at an average of 61.

Overview of DC vs RR:

Talking about the match, Delhi Capitals won the toss and Put Rajasthan Royals to bat first. The young Yashasvi Jaiswal and orange cap holder Jos Buttler opened for RR. In the third over DC’s pacer Chetan Sakariya picked up Buttler’s wicket for just 7 runs. To a surprise, Ravichandran Ashwin walked in at no3 for RR and played a good knock with Jaiswal and Padikkal before he got out for 50(38). Padikkal played a supporting role with 48 runs in 38 balls with 2 sixes and 6 fours. All other RR batsmen couldn’t pull out much score as expected. RR ended up with 160/6 in 20 overs. Chetan Sakariya, Anrich Nortje and Mitchel Marsh picked up 2 wickets each.

In reply, DC started their chase with David Warner and Srikar Bharat who are playing their second match in IPL 2022. Srikar Bharat got out in the second ball for a duck from Trent Boult. Australian all-rounder Mitchel Marsh walked into the crease joining his countryman David Warner. Both the Aussie batsman played their natural game. RR bowlers were hit for fours and sixes all around without any partiality.

When it is expected Mitchel Marsh would hit a century, he got out by a good ball from Yuzvendra Chahal for 89 runs with 5 fours and 7 sixes while the score was 144.  This brings the DC skipper Rishabh Pant to finish the formalities. He hit two huge sixes in his 13 runs from 4 balls. In the end, DC won by 8 wickets and 11 balls to spare. The opener David Warner scored his 5th fifty, 52 not out in 41 balls with 5 fours and one six. DC won over RR keeping up the playoff hopes alive

DC will face their next match against PBKS on May 16 and MI on May 21.