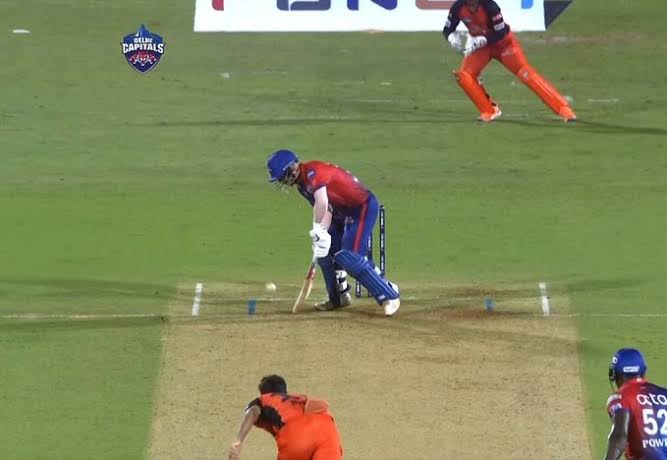 On the first ball of 19th over during DC’s innings, David turned into right hander and attempted to play a switch hit but experienced Bhubaneswar Kumar cleverly bowled away off stump. Australian opener changed his plan and just touched the ball and guided it towards the fine leg region for a boundary.

“He was looking to play the scoop, actually the switch hit because his bottom hand has now become the right hand. Beautiful! What a great shot this is,” said Sunil Gavaskar during commentating in the match.

Here is the list of most half-centuries in T20 history:

Talking about the match, Kane Williamson won the toss elected to field first in the 50th IPL match of the ongoing IPL tournament. Rovman Powel and David Warner’s unbeaten power packed partnership helped DC to reach huge total of 207. In reply, SRH didn’t manage to chase and lost by 21 runs.

Here is the video :

“It’s a really nice wicket, I’ve had some success here. I knew if I played my strokes, it was going to come off. Challenging here in Mumbai with the humidity and I was cooked there towards the back end, I am getting older. Having Rovman at the other end was amazing. I was glad he was at the other end. ” said David Warner during Post Match Presentation.

DC vs SRH: Watch – Shreyas Gopal dismisses Rishabh Pant after hitting 22 Runs in 4 balls
IPL 2022: Rinku Singh reveals his past before his IPL journey and his long time wait to get the player of the match