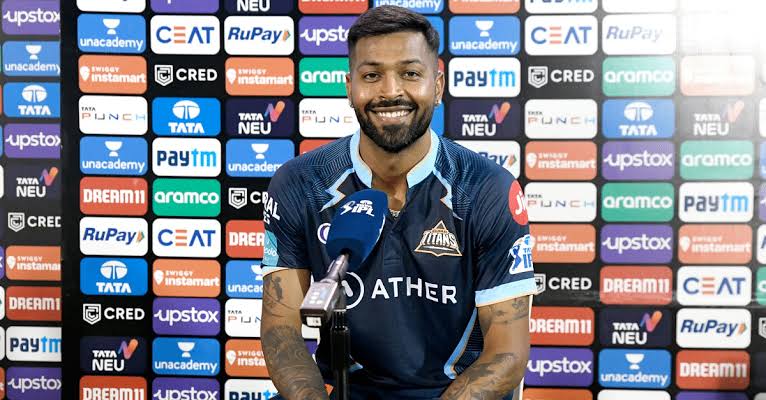 Hardik Pandya has earned lots of appraisal from many cricket experts for his captaincy. New franchise Gujarat Titans signed Hardik Pandya before IPL mega auction and after that made him captain. But his brilliant captaincy surprised everyone. Titans already won 10 matches and secured to finish in top two of IPL points table.

Indian all-rounder started his IPL career with Mumbai Indians in 2015. He played for the franchise for 7 years and took the responsibility of finisher role with Kireon Pollard. But Mumbai Indians released him before IPL auction in 2022 because they already retained four players as per IPL rules.

“We kind of won comfortably having seven wickets in hand and you don’t get extra points for finishing the game in the 15th or 16th over. So for us as a team we like to finish the game no matter when we finish. “

“(Asked to assess his own captaincy) You put me on a spot. Yes, I would say I did pretty alright because having played in a previous franchise where a lot of responsibility was given to us as well and the kind of cricketer I am, I have always enjoyed responsibility where it kind of gives me ownership of things where I can control. And I feel where I have batted throughout my career has given me a lot of idea about how the game is going, which kind of bowler will be important in certain situations. Playing for a different franchise and doing what I have done in the past has helped me in my captaincy” Hardik Pandya said at the Post Match Presentation.

Former MI player Hardik Pandya gave the credit of his impressive captaincy to his previous franchise. Pandya felt Mumbai Indians has helped to improve his leadership role as they always gave him lot of responsibility.