“Something is happening” Manjrekar feels Jadeja’s injury is not big 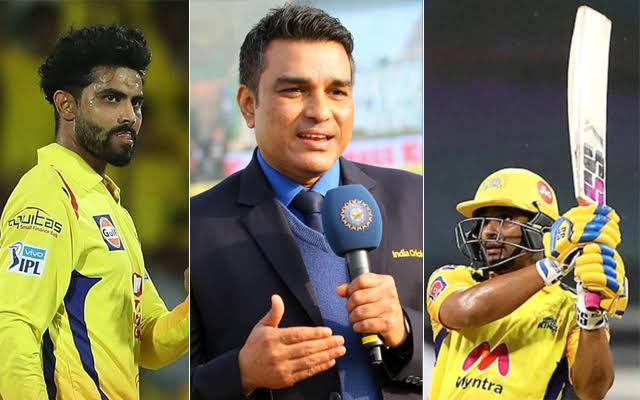 Veteran cricket commentator Sanjay Manjrekar said that something is wrong at CSK. Meanwhile, Four times IPL champion CSK announced their new captain just 2 days ahead of IPL 2022 as MS Dhoni left the captaincy. But, under Jadeja’s captaincy CSK won only in their 1st half matches. Surprisingly, after that Jadeja stepped down from his post and Dhoni took the charge again.

Two matches later he got a rib injury and continued to play after receiving treatment from Physio. Suddenly he missed next match and after that he was out for remaining matches of IPL. CSK CEO opened up about the rift between CSK and Ravindra Jadeja as CSK unfollowed Jadeja on Instagram.

“Social media, I absolutely do not follow anything. I have no knowledge of what is going on there. What I can tell you is that from the management side, there has been no problem and whatever is there on social media, I’m not aware. Jadeja firmly remains in the CSK’s scheme of things for the future, always,” CSK CEO said to The Indian Express.

Recently Ambati Raydu also announced on Twitter “ IPL2022 as his last season “ and he deleted it few minutes later. Chennai CEO said it’s by mistake and Raydu is not retiring.
Super kings are already out of the race of playoffs. Manjrekar said Ruturaj Gaikwad’s form, Dipak Chahar’s absence and Dhoni’s sudden take down from captaincy affected the franchise very much.

“When a team doesn’t qualify for the playoffs twice in three seasons, something is happening. There has been no official statement from the outside. Jadeja has become unavailable for the entire season. On the ground, it didn’t seem like a big injury. So you can say that something or the other is happening.” Sanjay Manjrekar told ESPNcricinfo.

“First half is where the team solidifies its position in the points table. They took a few blows there – Ruturaj Gaikwad wasn’t very consistent, they missed Deepak Chahar a lot, kept on searching a seam bowler and then they lost Dhoni’s leadership too. I don’t blame Jadeja for that because he was given that leadership. It might have been different had Dhoni led continuously. One more thing that was CSK’s specialty was they didn’t used to change their team. That has happened only once this year when they had won 1-2 matches. So that winning formula where they used to keep the same team hasn’t happened this year.” Manjrekar added.

Hardik Pandya credits Mumbai Indians for his devlopment as captain of Gujarat Titans | IPL 2022
“Won’t be surprised if he gets picked for national team” : Sourav Ganguly praised young sensation