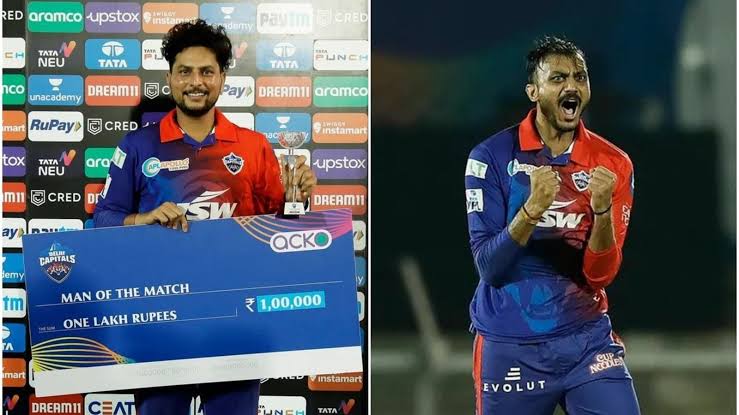 Covid 19 couldn’t get in the way for Delhi’s win. Several players and support staffs haave been affected by this infectious disease. DC All-rounder Mitchel Marsh admitted in a hospital few days ago. They had almost no preparation to play the match against Punjab Kings at Brabourne stadium. But Kuldeep Yadav and Axar Patel impressive performance helped DC to get two valuable points against PBKS.

Kuldeep Yadav was awarded Player Of The Match. He grabbed two wickets and conceded 24 runs in his four overs quota. During presentation ceremony he shared his award with his team mate Axar Patel in a heartfelt gesture. Indian all-rounder Axar Patel was retained by Delhi Capitals in this year. He also bowled superbly along with Kuldeep. He took two wickets and gave only ten runs in four overs. Axar was not present during this ceremony.