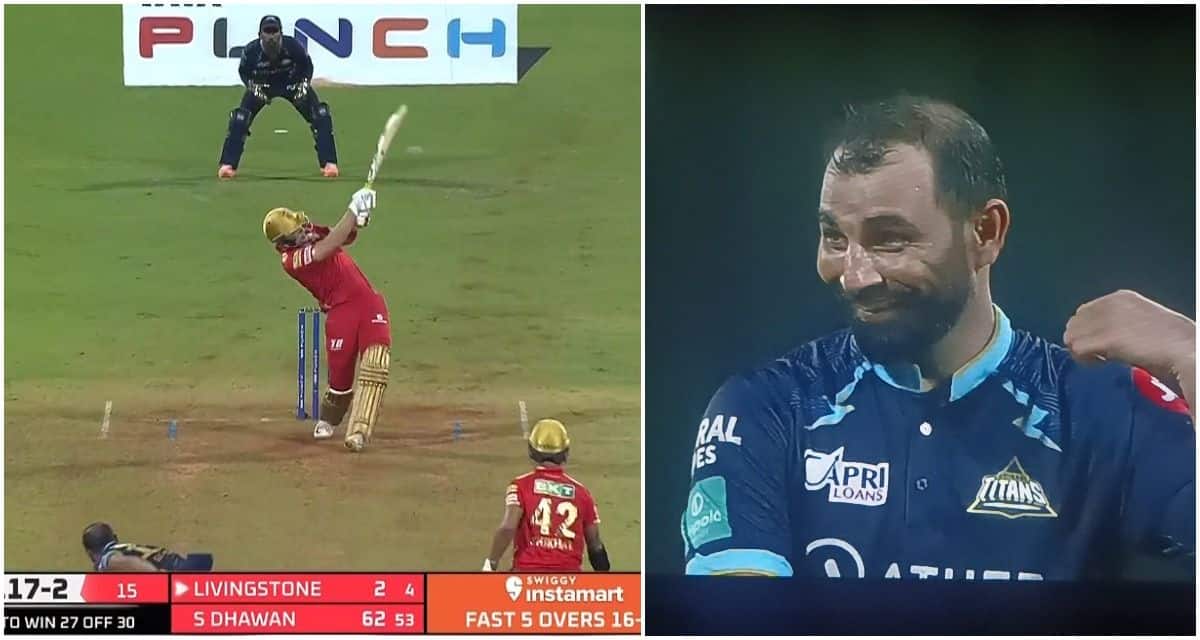 England explosive batter Liam Livingstone lit up in the stadium against table toppers Gujarat Titans yesterday. He thrashed Titans bowler Mohammed Shami and scored 28 runs in the 16th over. He smashed huge monster six of 117 meter during this over.

In reply PBKS opener Dhawan played an outstanding unbeaten innings 62 run off 53 deliveries. When Punjab needed 27 off last five over , hard hitter batsman Liam Livingstone went 6 6 6 4 2 4 against GT bowler Mohammed Shami including 117 meter six , biggest in the season. It was seen that after this mammoth hit Shami was smiling and later GT vice captain checked his bat.

“I have seen Chris Gayle do that often, but this was something different,” ssid Punjab’s head coach Anil Kumble after the game.

It was a big win for us and we needed it : Liam Livingstone

“Swinging hard enough. I didn’t think I was going to bat at one point, nice to go out and hit a few out the middle. I thought Shikhar played beautifully to set it up, and Bhanu with that partnership. It was a big win for us and we needed it, we have played some bad cricket in the last couple of games and it is nice to turn it around. I went up to Mayank and said I fancy going in before you and he said you go in if Bhanu gets out and I go in if Shikhar gets out. We know our roles and also if Mayank is there we have more stability. It is all about learning, it is hard to go in and play the way we wanted to as a new team. We played a bit smarter today and you have to play like that on such pitches.”