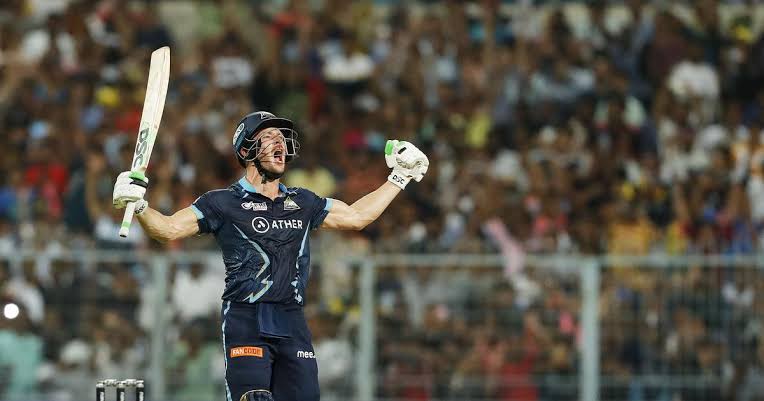 Talking about the match, Titans skipper Hardik Pandya won the toss and elected to field first. RR opener played an incredible innings of 89 from 56 deliveries including 12 fours and 2 sixes. While RR captain made a quick knock of 47, RR lower order failed to push the total over two hundred. Royals scored 188 in their 20 overs. Chasing this, GT opener Wriddhiman Saha couldn’t open his account in his home ground. Hardik Pandya’s sensible innings and David Miller majestic performance helped the new franchise Gujarat Titans to reach the final.

The heartbreaking moment of the match came when Titans needed 16 runs from last over to win the encounter. Young RR fast bowler Prasidh Krishna came into the attack. David Miller smacked the first delivery of Krishna over long on for a maximum and the brought the equation down to 10 runs from 5 balls. Then he dispatched the very next ball over deep mid-wicket. Young bowler came under pressure and bowled slower ball but it didn’t matter for ‘Killer Miller’. He smacked it again over deep mid-wicket for a huge six.

“In high-pressure situations you tend to go away from your gameplan but I feel like I’m trying to keep everything together close to the gameplan. There has been a lot of going wide to me on the off-side, so I decided actually for the first time to step across. Backed myself and went with it. The rest I tried to hit as hard as possible.” David Miller said at the Post Match Presentation.

Virender Sehwag criticises Kohli’s captaincy while hails RCB new skipper Faf Du Plessis
Mr 360° returns : “I would love to return, and I am looking forward to it.”