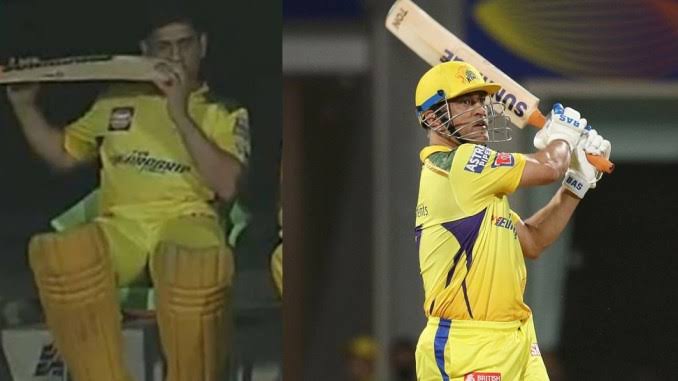 Former Indian captain MS Dhoni has shown his ability again in the ongoing IPL and proved that age is just a number. He played some blistering knock in IPL2022 specially against Mumbai Indians when he smashed 16 runs in the penultimate over and won the match. One of the most successful captain in the history of IPL left his CSK leadership before start of the IPL but it has affected the franchise most. After losing few matches he again took captaincy from Ravindra Jadeja.

In a match between CSK and DC yesterday, MS Dhoni has played sublime unbeaten knock of 21 from 8 balls that helped CSK to reach huge total of 208 runs. It was seen during CSK innings when Dhoni was waiting for his chance to bat, he was biting his bat and it surprised many fans.

Ex Indian spinner Amit Mishra explained this. He said that Dhoni was actually cleaning his bat. Mishra revealed the reason on Twitter and wrote “In case you’re wondering why Dhoni often ‘eats’ his bat. He does that to remove tape of the bat as he likes his bat to be clean. You won’t see a single piece of tape or thread coming out of MS’s bat,”

Meanwhile, CSK won the match by 91 runs and still kept their hope alive for playoffs. They are now at 7th position of the points table. CSK are now looking to win all the remaining matches and also waiting for other matches results to be in their favour.