Gujarat Titans’ vice captain Rashid Khan expressed his happiness after his match winning knock against SRH on Wednesday night at Wankhede Stadium. He smashed three sixes off Maro Jansen’s over to clinch the victory for his team. 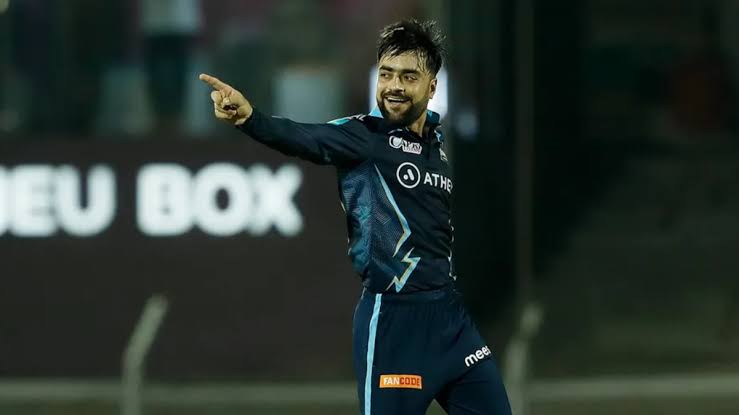 Gujarat Titans needed 22 runs from final over of the match. Rahul Tewatiya hit six on the 1st ball of the penultimate over. Then it was Rashid Khan’s magic at Wankhede Stadium. He smashed Maro Jansen out of the park on 3rd, 5th and 6th delivery and won the match for his team.“ said Rashid Khan during the post-match presentation.

I had self belief in my batting : Rashid Khan

“When it was 22 left, I just told Tewatia that we have given 25 in the last over with our best bowler Ferguson. We just have to have that belief in ourselves. If we have one missed ball, don’t think about it and don’t panic. Just stay strong, and we need to finish it or get as close as possible because it might help us with run rate. But as long as we have that belief, anything is possible. Just stay there, keep your shape and hit it strong. So that was our plan, and luckily we had those four sixes,” Gujarat Titans vice captain further added.

One of the finest bowler in T20 cricket Rashid Khan didn’t bowl well against SRH and gave 45 runs of his four overs quota.

I haven’t not bowled well ; Not to repeat the same again

“It was a good wicket to bat on, but still we did well to restrict them to 196. As I said, I have’t bowled as well as I would have liked, this is good for my learning and will try my best not to repeat in the next games. It has been very calm and cool since day one and it’s a great team to be part of and everyone knows the responsibility and respect each other which is a very good thing,” said Afgan spinner.

IPL 2022 | Ravi Shastri advices Virat Kohli to pull out of IPL
IPl 2022 | DC vs RR: Ricky Pointing recalls – “I think I broke three or four remote controls and a few bottles of water“