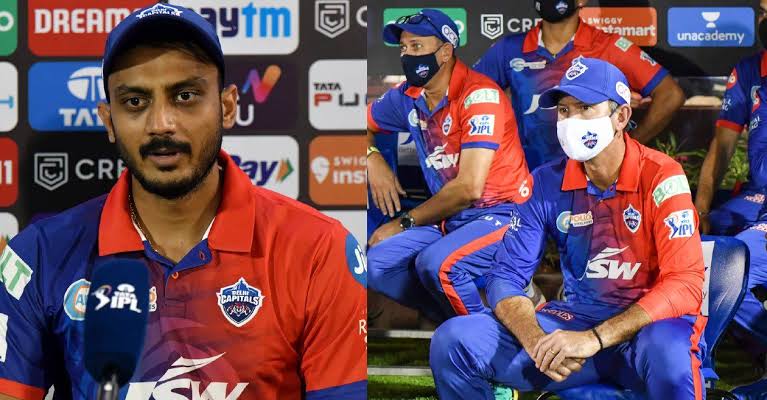 Delhi Capitals all-rounder Axar Patel said how Ricky Ponting’s pep talk motivated Covid hit DC team. The match was between Delhi Capitals and Punjab Kings on 20th April. The match was shifted to the Brabourne Stadium from Pune. DC showed remarkable resilience to overcome a Covid crisis in their camp. An hour before the match, DC wicketkeeper batter Tim Seifert was tested positive.

Left-arm spinner Axar Patel is one of the most consistent performers of team Delhi Capitals in the IPL. He has revealed that the Head Coach of DC Ricky Ponting’s pep talk motivated the players for an exclusive win against Punjab Kings.

“We were quarantined and we started practice two three days after that, he (Ponting) told us we have two options. We have to play the match. You can think that there are positive cases, and the preparations aren’t done. Or you can think all outside things are not in our hands and you should show commitment with regard to the effort and preparation,” Axar said.

“We were focusing on our game (and) we did our planning (accordingly). So that’s it, that was the speech and that was our mindset,” added Axar Patel, who grabbed two wickets and played a key role.

Delhi first bowled out Punjab Kings for 115 and then moved to the target in just 10.3 overs, riding on David Warner’s unbeaten 60.

Kuldeep Yadav returned to a form and Axar was happy with his teammate. Axar said the Delhi team management gave him the much-needed confidence. So he came back after a disappointing last IPL, against Kolkata Knight Riders.

“Like you said, the atmosphere is very important. I had earlier said when he (Kuldeep) came, he needed confidence. After you don’t play well for a season or two, you are less confident, so Rishabh Pant, I, and the coaching staff Ricky Ponting gave him the confidence, which was crucial,” Axar said.

“We gave him confidence in the practice match and he was told that he would play all the matches and doesn’t need to take tension about his performance.

“When he knows that he is playing all the matches, he needs to focus on his bowling. And that is happening. He is now focusing on his bowling and the way he is taking wickets, it becomes easy for me to partner with him,” he concluded.