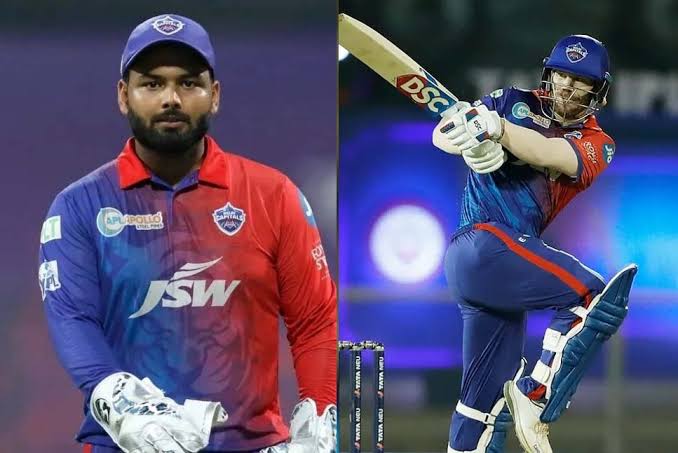 Delhi Capitals captain Rishabh Pant hails David Warner for his blistering knock against SRH at Brabourne stadium yesterday. He termed this magnificent show as “one of the best innings”. Australian opener lit up Brabourne stadium by his sixes and fours all around the ground. He smashed unbeaten 92 including 12 boundaries and 3 over boundaries. DC explosive batter Rovman Powel also played an incredible innings of unbeaten 67 from 35 balls. Kane Williamson led SRH lost by 21 runs as they managed to score 186 in reply to Delhi Capitals’ 207.

“The way he batted, the way he paced the innings, it’s one of the best innings I have seen (in the Delhi camp),” said Pant at the post-match presentation.
“We knew what he (Powell) can give us, we backed him and he’s coming out with flying colours now. We are just taking one game at a time and trying to give our 100%. Good and important win for us,” he added.

Warner said he didn’t get extra motivation to play against his former team :

Playing for SRH , he was benched during the IPL 2021. After that he bounced back strongly in the T20 world cup previous year and was the second highest run getter of the tournament as Australia beat Newzealand.

“It’s a really nice wicket, I’ve had some success here. I knew if I played my strokes, it was going to come off. Challenging here in Mumbai with the humidity and I was cooked there towards the back end, I am getting older.
“Having Rovman at the other end was amazing. I didn’t need extra motivation, we’ve seen what’s happened before, it was good to get the win,” said David Warner.

Delhi Capitals are now at fifth position of the IPL points table whereas SRH slipped to sixth position after their defeat against DC.

“You know for us it is just going back to the drawing board. Outstanding knock from David Warner and later by Powell. Fantastic learning opportunities for everyone. Umran has been a fantastic find,” said SRH skipper Kane Williamson.
“You learn from the best when you come up against them. Things can change quickly if we put things together. They have had rhythm batting in the middle order. Those two (Pooran and Markam) have been good.
“Just trying to play a role for the team. Staying patient. Every team is strong. Trying to contribute to the team’s cause.”

Pollard admitted that he hasn’t been able to finish the games : Jayawardene
DC vs SRH: Watch – Shreyas Gopal dismisses Rishabh Pant after hitting 22 Runs in 4 balls